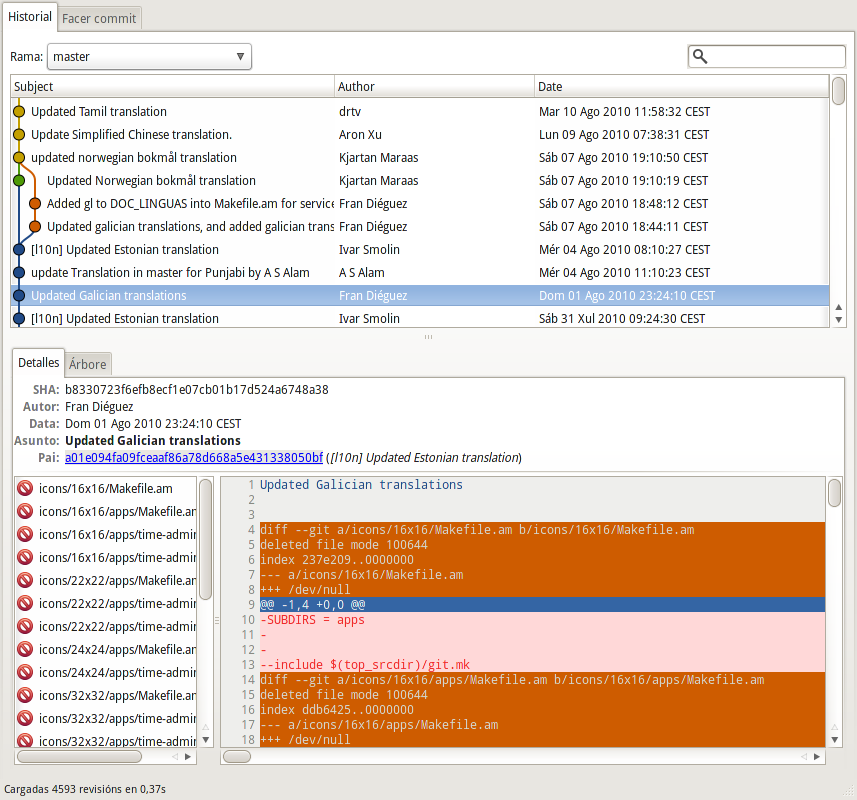 When I met git, I fall in love in the moment. You can read any apointments I wrote previously here, and here (in spanish) but today I’ll explain how to restore files and directories from previous commits that it was deleted by a mistake or intentionally in the past. It’s quite easy to revert or reset a single file from history, but what about pulling an entire directory out of the history? The solution is simple: git checkout ID_of_commit -- /path/to/dir This will restore the directory from the given “commit with ID” in the /path/to/dir. But, let me show you a mistake I made in a commit into the gnome-system-tools repository: I send a translation for a GNOME app in Galician and (I don’t know how) accidentally, I deleted the directory icons. For make this more complicated there were a lot of commits ahead of my commit. In the previous image the highlighted commit is where I deleted the directory. If you issue at you terminal within the app directory:

you’ll see the ID that points to that commit. So applying the ^ modifier to the damned ID I can obtain the previous commit ID, this one has the icons directory and now is when the magic comes in: